Oktoberfest is our biggest event of the year here at Schulz Bräu! Meticulous planning goes into creating the special 3-week festival. Especially since we do our best to follow Munich traditions as they pratice them today.

Learn a bit of history behind why Oktoberfest is celebrated today. 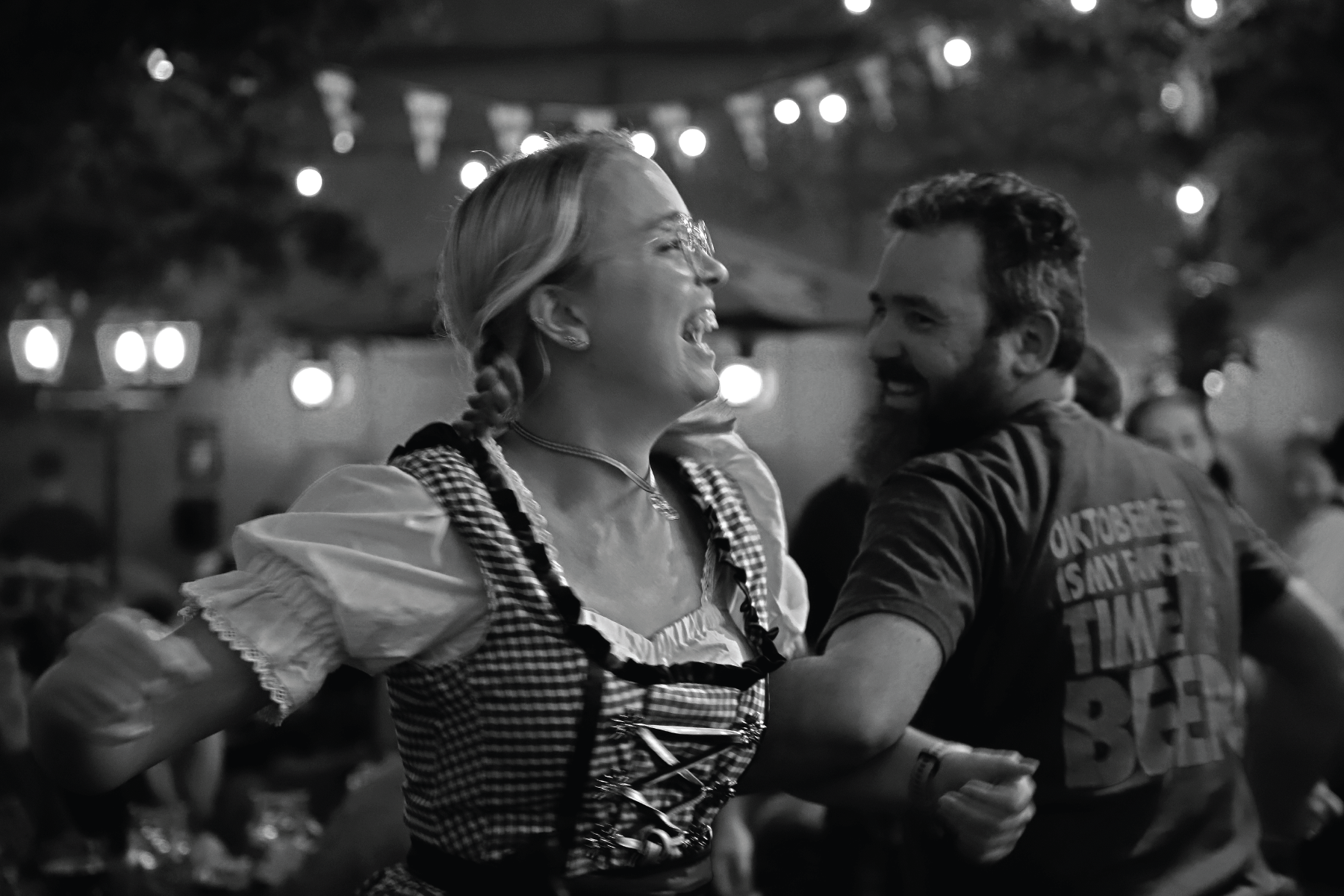 Oktoberfest was first celebrated on 12 October 1810 in Munich as a celebration of the marriage between Bavaria’s Crown Prince Ludwig and Princess Therese Charlotte Luise of Saxony-
Hildburghausen.

Nowadays, Oktoberfest dedicates itself to fall harvest and beer. It is currently one of the largest festivals in the world and brings in 6 million visitors from near and far.

Additionally, only six Munich breweries are allowed to serve beer to those 6 million people! Five million liters are annually consumed at the 16-day festival. Think we got ’em beat?

At Schulz Bräu, we do our best stick to tradition. Therefore, we go on Munich time for the barrel tapping ceremony! Munich starts at 12PM? We start at 6AM! (Don’t fret though, we do things according to our time the rest of the festival!)

Here's a look into what we do to make every Oktoberfest a memorable one!